SURVIVOR GUILT IS A PLAN FROM THE ENEMY – Linda Hasche

I am the Master of the Universe – JFKree Freedom

1 Chronicles 16:8-22 ~
“Oh give thanks to the Lord, call upon His name;
Make known His deeds among the peoples.
Sing to Him, sing praises to Him;
Speak of all His wonders.
Glory in His holy name;
Let the heart of those who seek the Lord be glad.
Seek the Lord and His strength;
Seek His face continually.
Remember His wonderful deeds which He has done,
His marvels and the judgments from His mouth,
O seed of Israel His servant,
Sons of Jacob, His chosen ones!
He is the Lord our God;
His judgments are in all the earth.”

Ephesians 5:11-20 ~
“Do not participate in the unfruitful deeds of darkness, but instead even expose them; for it is disgraceful even to speak of the things which are done by them in secret. But all things become visible when they are exposed by the light, for everything that becomes visible is light. For this reason it says,
“Awake, sleeper,
And arise from the dead,
And Christ will shine on you.”
Therefore be careful how you walk, not as unwise men but as wise, making the most of your time, because the days are evil. So then do not be foolish, but understand what the will of the Lord is. And do not get drunk with wine, for that is dissipation, but be filled with the Spirit, speaking to one another in psalms and hymns and spiritual songs, singing and making melody with your heart to the Lord; always giving thanks for all things in the name of our Lord Jesus Christ to God, even the Father.”

Greetings and blessings to you. I’m prompted to share what led up to this post before sharing what the Heavenly Father wants His people to know, which is this: “They Need to Know Survivor Guilt is a Plan from the Enemy . . . “

Before I went to bed on Saturday, 8-17-19, I noticed some “strange” lightening filling the skies up above. No thunder at all . . Just lightening (can we say D.E.W.?**). I went to bed and fell asleep, to be abruptly awakened by a loud BOOM!!! And felt the house shaking. I got up and went to the window to look outside. The rain was coming down so hard and the wind was blowing so hard, the ground looked like it had at least 1-2 inches everywhere.

I remembered I left the chicken house open, with the screening at the door, instead of closing the door, so the chickens could get some air throughout the night; uh oh, it’s going to be a soggy mess in there later (or so I thought).

I went back to bed, because there was absolutely nothing I could do and I certainly wasn’t going to go out to close up the chickens in that kind of weather. My Hubby slept throughout the entire thing.
The next morning I looked out and it was wet outside, but all of the rain I saw on the ground was mostly gone.
Daryl came back home from checking on the property, reporting the damage he saw just 1/2 mile from our house. I got in the farm truck with him and we drove over to look at the damage.

Just on the edge of one of our fields, across the road, that farm got hit. Trees were cracked and down. Tree limbs were scattered all over their yard. We later found out part of the roof of their dairy barn had been pulled off. One of their grain bins was knocked over and damage was done to one of their outbuildings.

Down that same road was a line of power polls that got hit, with many of them cracked at the bottom and leaning over the road. The road was officially closed.

Remember, this road is on the edge of one of our fields. Daryl reported some damage to the corn in that field, but not significant. There was also absolutely NO damage to any of the trees around our house, or any of the buildings or animals. The only thing you could see was the long grass in the ditch by the front of our house was bent down to the ground; that’s it!! WOW!! PRAISE GOD!!!! He protected our farm, house and animals, as well as most of the crop. . . . AND. . . Guess what? The chicken house was completely DRY inside, when that intense wind/rain storm should have blown quite a bit of rain inside of it. WOW and WOW AGAIN!!!

When driving back to the house I felt really, really sad for the farm family that got hit by the severe weather. The Heavenly Father then spoke in my spirit:
“They need to know about survivor guilt.”
He spoke that same phrase several times yesterday (8-18-19) and spoke that again this morning. I knew the Heavenly Father wanted me to sit down and write what He wanted His people to know. He expanded what He wanted me to write and gave me the title of this post:

Yesterday (8-18-19), my hubby told me he was informed our area likely had been hit by a tornado.
WOW!!! Think about that for a moment: a tornado came through this area and no lives lost!!! No houses hit. No electrical outages (that I am aware of). Some damage to that one farm, but not to the point where it destroyed their livelihood. Most reading this post know farms have been hit quite hard this year and it appears this is a global problem.
FAMINE IS COMING!!!!
FAMINE IS COMING!!!
FAMINE IS COMING!!!
Seek the Heavenly Father on what He wants you to do for you and your family; it will be specific directions that will vary from person-to-person and family-to-family, so don’t rely on what anybody else tells you to do.
Ask the Heavenly Father; He knows EVERYTHING!!! PRAISE HIS HOLY NAME \O/

“They need to know survivor guilt is a plan from the enemy to distract My people from bringing in the harvest of souls. He wants to cause grief in your soul, to disable your determination to spread the TRUTH of My Kingdom. Don’t plan ahead on what you will do, for I will lead you through ALL of the turmoil, destruction, tragedies and fire. You will see many, many horrors that can cause an emotional upheaval if you allow it, BUT SEEK ME THROUGH IT ALL and I WILL bring you peace that passes understanding.
Woe to those who do NOT know Me in the days of destruction, for theirs is the furnace of affliction that feels hopeless; these are the souls who NEED to know the truth; My discipline is to bring repentance because I love ALL humanity, but I DESPISE sin.
Freedom came with a price that My Only Begotten Son, Jesus, paid with His shed blood. You will NEVER, EVER find “freedom” in any human government. It never was there to begin with. It was an illusion to keep the masses lulled into a false sense of freedom, so the global tragedies would appear to be a non-issue.
Don’t despair when you see the tragedies falling all around you, My people, don’t despair. Rather lift up your head for your redemption draws near.
Weeping will come to all, but only those who know Me will have JOY in the midst of sorrow as you see the salvation of souls come like a flood.
Forrest fires will be commonplace, even more than you have seen.
Pray for protection around your area, for the plans of the enemy are to destroy ALL with fire. I will NOT allow that, for I have prepared places of refuge through My people.
Fear NOT what is unfolding before your very eyes. No. Fear the destruction of your soul if you are unrepentant and perish.
Come to Me with a contrite heart, my beloved people; I FORGIVE ALL who are from the seed of Adam.
Destruction comes swiftly. Suddenly. Without warning.
Prepare your hearts, minds and bodies, for many will be fleeing in the middle of the night as I direct.
Don’t seek the mammon of man. NO!!!! Seek the things of My Spirit that WILL sustain you through the tragedies.
The gifts from Heaven are eternal.
The mammon of man WILL be burned up.
Foreign invaders will conquer the land of Babylon [United States of America]; this is My Will My precious people.
The fight the global elite are pushing is to destroy as many people as possible, to send them straight to hell.
Can’t you see the lull before the storm?
It’s a deception of Satan to continue the lulling and dulling of My people, so they will not stand up and fight in the Spiritual realm, where your authority is from My Kingdom.
Prepare for the battle that counts and it is this: PRAISE
Yes PRAISE for it brings My presence in the midst of the battles that lie ahead.
PRAISE ME, MY PEOPLE. . . PRAISE ME for the sounds of PRAISE conquer the demonic hordes in the Heavenly realm, before it manifests in the natural.
Do you hear the sound of thunder before the lightening strikes?
That is a warning.
Do you hear the warnings from My prophets, handmaidens and servants?
That IS My thunder to prepare you for what is ahead.
The lightening strikes; so too will the judgements come.
You have been warned; be prepared.
It’s coming.

Excerpt from article linked below:

* Survivor’s guilt is the experience of feeling guilty for surviving a situation or experience that caused death or injury to others.
* Survivor’s guilt is not currently recognized as an official diagnosis, but is associated with post-traumatic stress disorder.
* The term was first applied in the 1960s to describe Holocaust survivors. It has since been extended to a number of other situations, including survivors of the AIDS epidemic.

“HAARP (High Frequency Active Auroral Research Program) is a little-known, yet critically important U.S. military defense program which has generated quite a bit of controversy over the years in certain circles. Though denied by HAARP officials, some respected researchers allege that secret electromagnetic warfare capabilities of HAARP are designed to forward the US military’s stated goal of achieving full-spectrum dominance by the year 2020. Others go so far as to claim that HAARP can and has been used for weather modification, to cause earthquakes and tsunamis, to disrupt global communications systems, and more.

Major aspects of the program are kept secret for alleged reasons of “national security.” Yet there is no doubt that HAARP and electromagnetic weapons capable of being used in warfare do exist. According to the official HAARP website, “HAARP is a scientific endeavor aimed at studying the properties and behavior of the ionosphere, with particular emphasis on being able to understand and use it to enhance communications and surveillance systems for both civilian and defense purposes.” The ionosphere is the delicate upper layer of our atmosphere which ranges from about 30 miles (50 km) to 600 miles (1,000 km) above the surface of the Earth.” 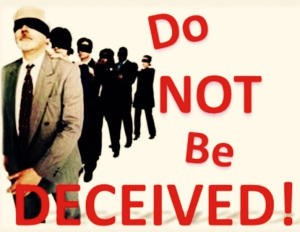 Original article can be found here

I am the Master of the Universe – JFKree Freedom

This site uses Akismet to reduce spam. Learn how your comment data is processed.

Patron is way for regular monthly giving.
You choose the amount and can cancel at any time

If you are uncomfortable with those options.  You can send a check payable to Jonathan Theiben